The Our Father in Gregorian is certainly the most significant and traditional ancient sung prayer of the Christian religion. 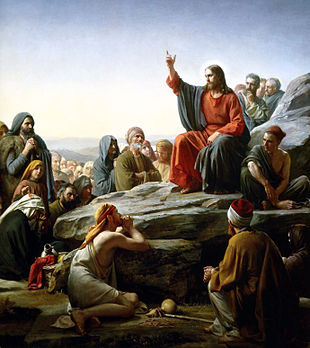 This prayer has been handed down to us by the Gospels, according to Matthew and according to Luke and which refer to the Sermon on the Mount pronounced by Jesus precisely to teach his disciples to pray.

The sung prayer in choral Gregorian style uses a very old melody, prior to the period in which Gregorian chants were spread. 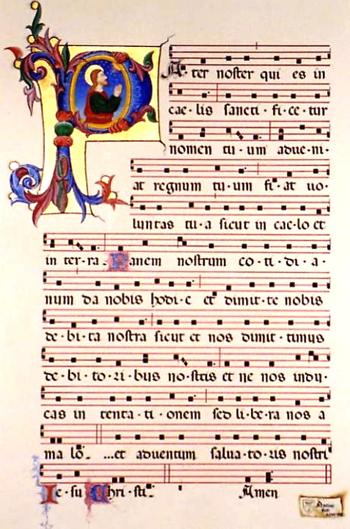 Gregorian chant is a liturgical chant that was developed from the 8th century by merging Roman chant with French Carolingian chant.

It is a male choral song, with a solo singer and is performed in unison, without musical accompaniment.

Its name derives from the Benedictine Pope Gregory I the Great, who collected and ordered the sacred songs in an Antiphonarius Cento.

His greatest contribution to the Church was to standardize all the chants for mass throughout the Holy Roman Empire, thus creating, with uniformity, a common feeling and common traditions in all the lands touched by Christianity.

From Gregorian chant the neuma, that is the first musical notation, was born in the IX. Hence the word “note”. From the first neumas we arrived at the tetragrammaton and the first scores.

Musical notation, as we know it today, was completed by Bach before the mid-1700s.

sicut in cælo, et in terra.